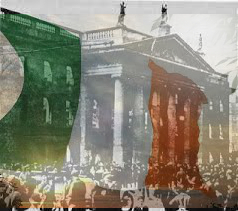 I am  cautiously optimistic about 2016. Good riddance to 2015 and all that It brought, long hospital visits and many sleepless nights caused by the repeated failures of two “care” agencies.

The year ended for me In a drained and listless way. My energies have been diverted elsewhere and the biggest sufferer has been my website and this blog.

The new year brings a clean slate, and hopefully this blog will again see more frequent entries and emails to me from all around the world.

Although the primary purpose of this blog In the last few years, Is just to keep my fingers working. I still have not embraced any voice to text software.

The week before Christmas, someone told me that a friend of their daughters had been in O’Connell street and witnessed a fully veiled Muslim women spill her bag on the street.

Of course she went over to help and the women touched her and said “thank you and stay away from the city centre on Stephen’s day”.

On Christmas eve, a neighbour came into repeat the same story, this time with a friendly male passer by in the supporting role.

I knew when I heard this version, that the story was just a rabble rousing, Facebook enhanced concoction. There is no way a very conservative Muslim women would speak to, let alone touch, a strange man.

I think this was the same scenario that happened last night in Munich. Unfortunately these kind of scare tactics usually backfire.

As revolting as the Muslim religion is, credence should not be given to fanatics of another kind, who would seek to blame them for all the world problems.

I am glad the end of year festival of lights is over and that I’m not living In the west of Ireland or England(Update: terrible weather). Isn’t It obvious that the world is imploding?

I wish everyone that reads this a great new year.

I hope that you managed to survive these succession of days, which are ultimately no different from any other

To the people with disabilities, who are reliant on the “care” industry at this often peace-less year end time, another better year has now thankfully begun!