Irish legal system turned its back on Marie Fleming 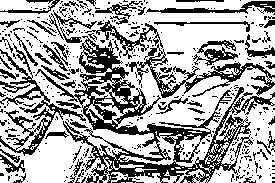 Update: Was it a guilty conscience on the part of  the state, that prompted it to pay most of her legal costs? Unfortunately, its a bit late to be displaying some face saving compassion or mercy now.

With mostly relief, I learned of the death of Marie Fleming last night, combined with a simmering anger that her case is, has and will be repeated countless more times, before the law here drags itself out of the sands of another time.

Her savings were swallowed up, by her doomed attempts to even think that a legal system enshrined in another age, could aid her modern dilemma.

We are told that she died peacefully at home. How peacefully did a woman with no bladder control, restricted use of limbs, diminishing eyesight and terrifying coughing fits live, more importantly?

A woman who couldn’t even scratch an itch. Worse still for being a highly educated academic, used to the better side of life and living. She was being slowly buried alive for years, long before her body finally gave out.

The horrific reality is that these were, in many ways, the easier years. She could have existed on for decades more.

I am glad that she had a supportive partner, family and an opportunity to carve out a career with some financial stability. How more difficult her life would have been without them!

Much was made at the time, about the sensitivity that the Supreme Court judges displayed. That they left their benches, and moved closer to her, in order to hear her strained testimony. Ultimately, they were shackle, by a closed and other worldly inspired, legal system.

So “pro lifers”, you have got your pound of flesh. Thankfully she didn’t die in agony, or in some cold alien environment. Some of her organs still worked, for now anyway.

I’m sure that to many of them, she was a divisive unfortunate. Now she is gone, they can return their heads to the sand, and their sweaty, able hands and voices to praising a birth giving virgin.

On this nonsense our legal system is built! No wonder it couldn’t help Marie Fleming.

But hopefully, the issue has been firmly ignited, and will cause a re-evaluation of what the words “life” and “living” mean to us.

Christmas Day: Just thinking of all the many thousands of Irish people, who will be lucky to see beyond their bedroom today. Painfully laying in their own waste.

I really hope that loneliness, on top of mind numbing dependent routine, can be gotten through at this time of year. So glad its all behind you Marie!

0 0 0 0 0 0
No comments divisive unfortunate, irish legal system turned its back on marie fleming