I made the mistake of going to see this dreadful rubbish yesterday in Cineworld. Lured in by the appeal of actors like Russell Crowe  and Anthony Hopkins, whose eye for a script can obviously be blinded by a hefty paycheck.

Without their presence, this over long farce would have gone deservedly straight to dvd.

I felt that this big budgeted film (approx $150 million) was aimed at the gullible religious head cases, who no doubt lapped it hungrily up.

Rock formations as talking fallen angels, a forest to build the ark that magically appears out of parched land, child killing ordered by a despotic creator. No wonder that I now equate religious belief with mental poison.

As I looked around me in the fairly full theatre, at the demurely dressed crowd, I half expected to catch at least one of them, to stand up and “testify”.

Eager to cash in on the financial success of “The passion of the Christ”, the Paramount studio execs, failed to secure Papal backing through a planned private screening at the Vatican.

Pope Francis wisely excused himself from endorsing this drivel, aimed at this lucrative time of year.

Its hard to believe that upon these rambling’s, a major religious authority was born. Sadly it persists to this day, shaping minds and statute books. Inventing itself as a shining moral compass for all people.

I would strongly advise people to read Amy Dockser  Marcus’ book “The View from Nemo“.  It is full of revelations about just how flawed and factually incorrect the bible is.

Its very obvious to me that heaven and hell exist only in the here and now, and to endure this excrutiatingly long film, that has no redeeming qualities, is a punishment for the mind.

Budget for the Noah film: http://www.timesofisrael.com/pope-on-board-with-noah-meets-cast/ 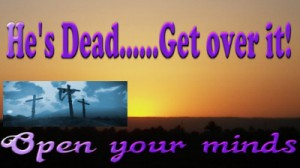