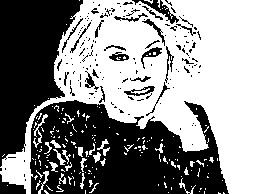 The world is a lot duller without Joan Rivers . Her ability to deliver unforgettable side splitting jokes, was a great gift to humanity.

I am glad though, that her daughter had the courage to pull the plug on her “life” support. She had been starved of oxygen after having a heart attack during surgery on her vocal cords.

If she had lived, she certainly would have entered the soul shrinking world of hoists, bed baths and abject dependency on others.

In light of this, I am so glad she went out on a high. What a packed life she lived. She probably fitted more living into one week, than many of us mere mortals will do in a lifetime.

How many times did I nearly fall out of the bed (those very missed days before I had to get rails) .It was very hard to accept at times that she was 81. She was so current, and physically the envy of many people her junior.

It would have been so much more distressing, to know that she was still “alive” and under going intensive rehabilitation for an indefinite time.

No, this is not an acceptable end for anyone, and I am so glad that this fate did not befall her. She lived and died well. A big light has gone out.

I saw last Friday, a fabulous celebration edition of Fashion Police. Melissa Rivers said that Fashion Police would continue, but after a few months resume.

To be honest I can’t see the point. That show was all about Joan, and her seat is just irreplaceable! I loved the very touching tribute, the rest of the cast gave her though.

The world will keep turning for sure, even if its at a slower and more lacklustre pace!