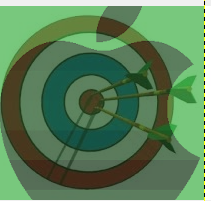 (Update 05/10/17: How disgusting is it that the Irish government is being taken to the European court, for not collecting at least €13 billion in back taxes from a company that can so lavishly afford it. It defies belief!)

With a quarterly revenue of some $74.5 billion, I don’t think any poor card can be played.

This €13 billion (at least) judgement follows a three year investigation by the E.U, which highlighted State acquiescence in helping Apple reduce its tax burden, for over two decades.

Equal rates of tax, are not only to be paid by those lacking the well financed means to avoid doing so, in the first place!

The multinationals do not have to be coerced to set up shop here and it is hugely insulting to our erudite workforce, to even regurgitate this nonsense.

It will speak volumes, if Apple  cheekily appeals this ruling!

(Update 11/11/16: If the new president Trump and his supposed business acumen, really does lower the corporate tax rate, making America a much more attractive business place, it will soon be seen how companies like Apple, have zero loyalty to anything but the profit margin and their profit hungry shareholders!)

(Update Thursday 1/9/216: This debacle show’ me the crazy figures these companies deal in. No doubt after Apple Ireland, it will be Ebay, Microsoft, Amazon, Intel…..

I’m glad we’re in the E.U and hopefully Shane Ross T.D will talk some sense into this government, which if it appeals, better not talk of lack of resources ever again!)

Apple pays a fraction in taxes compared to Irish Companies: